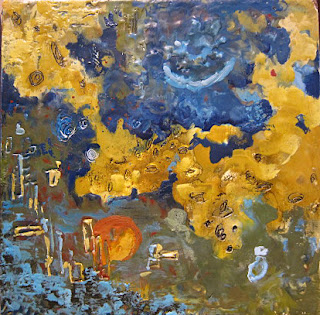 Ronda Lynn Michel, an award winning artist, began teaching herself to paint landscapes in oil after retiring from a career in dental hygiene.  A creative person her entire life, she has also produced marvelous works using acrylic and found objects.  Her recent medium of investigation is encaustic. She loves collage and wax is a perfect way to explore mixed media during the layering process.

Very spiritual in nature, she remains open to the voice of the universe and it's cues, creating her works in a space she calls "Inspiration Studio" on a mountaintop where she lives with her husband, Wayne. She has three sons and three grandchildren, one of which is a flourishing young artist, voted most creative in her class. 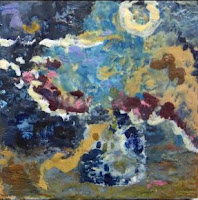 A gallery opening reception will be held on August 2nd from 5 - 10pm during
First Friday in Skippack.  For past, current, and future art exhibitions, click here.

Proud members of the
Merchants of Skippack Association
www.SkippackVillageOnline.com
No comments: Links to this post 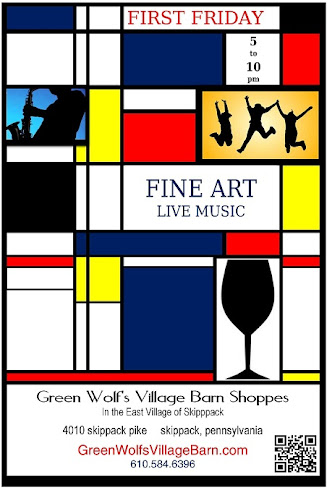